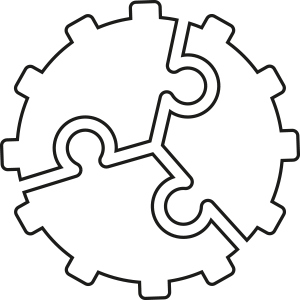 Since the Treaty of Amsterdam (1997) anti-discrimination has been a focus in policy making on European level. Almost 25 years later, Diversity Management or Diversity & Inclusion (D&I), how it is now often called, became a widely spread practice in the corporate world. Legal requirements in form of EU anti-discrimination directives as well as voluntary engagement constitute a solid basis for numerous initiatives and approaches implemented across different European member states.

The concept of diversity has evolved over time and may vary depending on the local context, industry and business needs. Despite the different definitions of diversity and inclusion, several core dimensions can be identified. DIVERSITY includes differences in age, sex, ethnicity, ability (physical and mental), sexual orientation and religion. More holistic concepts also include differences in socioeconomic status, gender identity and body image.

However, in the organizational context, it is not enough to only embrace diversity. Organizations and all people working in it need to guarantee that everyone within the organization, regardless of their characteristics and lifestyle, feels fully integrated and has the opportunity to develop inside the organization. INCLUSION means our will, ability and competence to understand, value and maximize all facets of diversity.

The Diversity@Work project aims to support the implementation of the EU Diversity Charter initiative, which promotes diversity, nondiscrimination, and equal opportunities in the workplace. The Aga Khan Foundation (AKF), Equality Strategies, and Estonian Centre for Human Rights (ECHR) develop a Charter Implementation Toolkit (CIT) in three languages (English, Estonian and Portuguese) that will present a range of organisations (public bodies, SMEs and NGOs) with practical, user-friendly tools and resources to implement Diversity and Inclusion (D&I) policies and procedures at their workplace.

We believe that by improving awareness of diversity management, creating accessible, user-friendly resources and monitoring tools to implement D&I policies, and increasing confidence levels among professionals to be able to implement these policies and practices, more EU organisations will sign up for the Diversity Charter and more EU organisations will take concrete steps to promote diversity, non-discrimination and equal opportunities in the workplace.

By creating user friendly and technological resources, we hope to allow organisations to more easily implement D&I solutions within their organisations. This is manly true  given that, in the European context, most employers are small and medium companies, state services and NGOs that might not have the ideal amount of internal resources or allocated staff. Our tools are easy to use and adjust to the realities of each organisation, and will be tested in different European countries, ensuring also its adjustment to different national contexts.

Diversity and Inclusion in times of global crisis

«Organisations that continue investing in D&I will be more capable to deal with hardship and recover from the crisis, making the best out of their capacity for innovation and creativity, being able to grow and renew themselves by continuing attracting new and diverse talents».

D&I in times of crisis
Scroll to top

This site uses cookies. By continuing to browse the site, you are agreeing to our use of cookies.

We may request cookies to be set on your device. We use cookies to let us know when you visit our websites, how you interact with us, to enrich your user experience, and to customize your relationship with our website.

Click on the different category headings to find out more. You can also change some of your preferences. Note that blocking some types of cookies may impact your experience on our websites and the services we are able to offer.

These cookies are strictly necessary to provide you with services available through our website and to use some of its features.

Because these cookies are strictly necessary to deliver the website, refuseing them will have impact how our site functions. You always can block or delete cookies by changing your browser settings and force blocking all cookies on this website. But this will always prompt you to accept/refuse cookies when revisiting our site.

We fully respect if you want to refuse cookies but to avoid asking you again and again kindly allow us to store a cookie for that. You are free to opt out any time or opt in for other cookies to get a better experience. If you refuse cookies we will remove all set cookies in our domain.

We provide you with a list of stored cookies on your computer in our domain so you can check what we stored. Due to security reasons we are not able to show or modify cookies from other domains. You can check these in your browser security settings.

We also use different external services like Google Webfonts, Google Maps, and external Video providers. Since these providers may collect personal data like your IP address we allow you to block them here. Please be aware that this might heavily reduce the functionality and appearance of our site. Changes will take effect once you reload the page.